Tanuj Vasudeva is eight year old kid from Bunker Elementary school in
Newark, CA. He has been playing chess for about 3 years. He plays
mostly in adult tournaments in San Francisco bay area. As the #1
ranked under 8 years old in the US, he qualified as the official
representative for US team to Pan American Youth Championships 2009 at
Mar Del Plata, Argentina.

Pan American Youth is the most prestigious chess tournament for youths
from North and South America. This year’s event had representation of
top kids from 17 countries. Link: www.fideamerica.com

Tanuj was the only perfect score at the event with 9 out of 9 in Under
8 Open section. His win at Pan American earned him the title of FIDE
Master. He is currently the
youngest FIDE Master at 8 years 2 months and 3 days. Tanuj is preparing to play at the World Youth Chess Championship, which is starting next week in Kemer-Antalya. 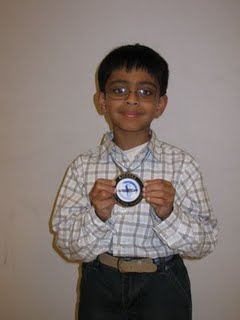 To make it even more memorable it was the best ever performance from
US team with 8 medals in total. US team finished with most gold medals
at the event with a tally of 5 gold, 2 silvers and 1 Bronze.

Other notable wins for Tanuj 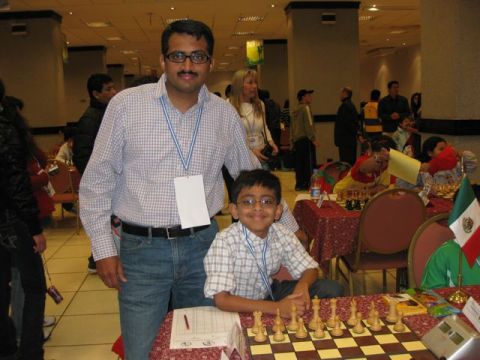 At the Pan American Youth Championships