French and Paris champion at the age of 16

Maxime Vachier-Lagrave was born on 21st October, 1990 in Nogent-sur-Marne (France). He entered Mathematical University on October 2007. It was real challenge to compile the list of Maxime’s incredible accomplishments over the board. With the help of his father Patrick, we finally made it.

Maxime is Grand Master since February 27th 2005, at 14 years and 4 months. His norms were obtained in the following tournaments: 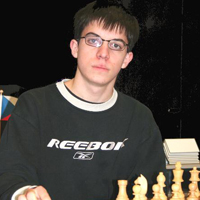 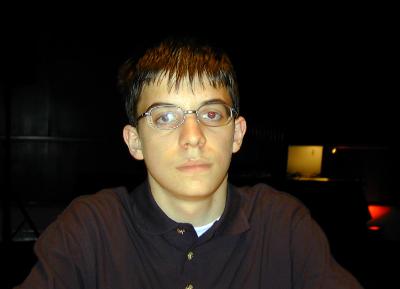 Maxime has played in U16 team French championship since 1997. Here are some of his team results:

- U16 French championship 2004-2005: Maxime played at first board for NAO Chess Club and gained 7 points from 7 games. At the same time, NAO-CC earned the title

- U16 French championship 2005-2006: Maxime played at first board for NAO Chess Club and gained 7points from 7 games. At the same time, NAO-CC again earned the title

- “Aeroflot” tournament, Moscow 2006: Maxime played the tournament A1, reserved for players having a rating superior to 2550. He gained 6 points out of 9 and finished 6th with a TPR of 2775

- Corus tournament B, Wijk aan Zee 2007: After having been on the top of the table in the middle of the tournament, with notably 5 wins in a row, Maxime had to suffer a difficult end. Nevertheless, he still finished 5th of the tournament (shared 2nd place) with 8 points out of 13

- Winner of 2007 French Championship after beating GM Vladislav Tkachiev in tiebreak match. In the main tournament he collected 7.5 out of 11