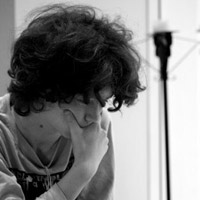 Only a day after the 15-years old talent James Morris received his FM certificate from FIDE, he also clinched an IM title, informs Amiel Rosario. With a last round draw against IM Stephen Solomon at the Oceania Zonal, Melbourne’s young player is set to become the top young player of Australia.

The latest results of James Morris from the Oceania Zonal:

Alexandra Obolentseva, one of the top world girls talents, won the Russian U8 championship. The competition took place in Kostroma and finished on June 1st, Children’s day holiday. A total of 143 young players participated in the event. With seven victories and two draws Obolentseva finished top of the table.

Nikolai Golovin, the coach of Obolentseva shared with kp.ru, “Of course it was a difficult victory. In the last round she had to play against the winner of last year. We had very little time to prepare after the participation at the World School Chess Championship in Thessaloniki.”

Her mother, Liudmila Obolentseva, was also happy, “This is a result of her work and love of chess.”

Alexandra shared her secret, “I have a talisman named after Judith Polgar, she helped me a lot.” 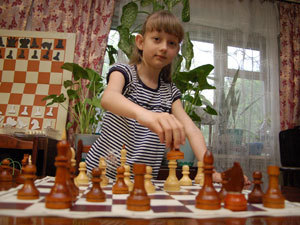 Alexandra Obolentseva is rolling in her age group. Just a month ago she won the first place in the World School Chess Championship for girls U8, and in the age group U9 she finished 5th, ahead of players with 2000+ ELO rating. Obolentseva has victories in the age groups of Moscow Open, Kosteniuk Cup, and many other prestigious competitions.

The next event for the young Russian chess talent is the World Youth Championships 2009 in Antalya, Turkey.