Nadya Ahmed Salah, a 9-years old girl from Yemen, was the only representative from Arabian nations present at the World School Chess Championship, which just finished in Thessaloniki. Without any support from the national chess federation or Ministry of Sports, and without ever having a coach, Nadya shined in Thessaloniki and won a bronze medal in the section Girls U9!

Her first real tournament was 2008 World Youth Chess Championship in Vietnam, where she finished 17th in the Group U8. Feeling a great desire to play chess and compete with other kids, Nadya asked her father, Dr.Ahmed Mohsen Salah, to take her to the next available tournament – which happened to be World School Chess Championship. Dr.Ahmed left his hospital and traveled with daughter on their own family expense. Having never been a chess player, Dr.Ahmed is trying to learn as much as possible about the regulations, in order to avoid the awkward situation from Vietnam when Nadya first met with international time controls. 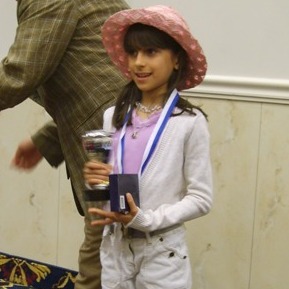 Nadya Ahmed Salah with a medal

Even with a medal firmly clenched in her arm, Nadya declined father’s proposal to take a tour around Thessaloniki and insisted to play in the Sunday evening blitz tournament, together with 160 other people.

Dr.Ahmed is desperately trying to provide a proper coaching for Nadya, the internet being his last resort. Nadya shares that her biggest problem is that at home she rarely finds decent opposition to play against. 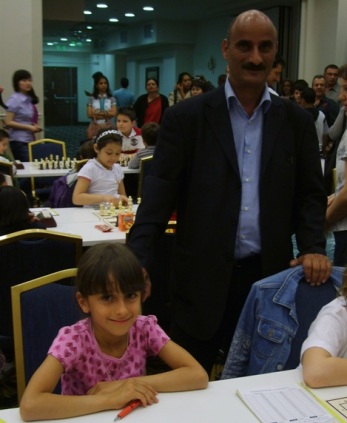 Nadya and her father Ahmed before the start of round 5

Last year Nadya finished 6th in Women’s national championship, but the Olympaid captain skipped her and invited a lower rated player to represent Yemen at the Dresden Chess Olympiad.

For her next big tournament, World Youth in Antalya, Turkey, later this year, Nadya promised to attack the gold medal. We believe that she will succeed. 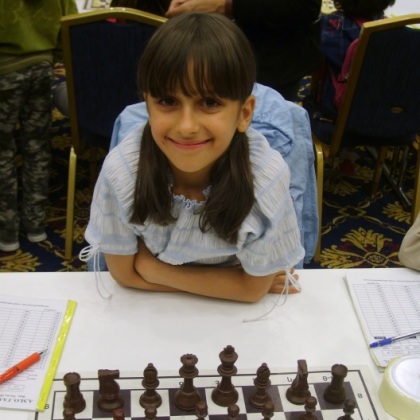